The Micro and the Macro of Covid-19

Or, The Case of the Invisible Denominator

Popular posts from this blog

- May 25, 2014
A Comment on Thomas Piketty’s Capital in the Twenty First Century [For a pdf version with an appendix, click  here .] Thomas Piketty’s heart is definitely in the right place. Capital in the Twenty First Century addresses the great question of our times: the phenomenon of persistent and rising inequality. Piketty has amassed data — both from a motley collection of sources and from his own empirical work — that shows how inequality has not just been high, but on the rise. Piketty purports to provide an integrated explanation of it all. Paul Krugman calls it “the unified field theory of inequality.” Comparisons to Marx’s great Capital abound (perhaps not entirely unsolicited). Even in this quick-moving bite-hungry world, everyone is still cheering, weeks after the English translation has appeared. That’s pretty amazing. Amazing, but at another level, unsurprising. We’ve been handed a Messiah — in the form of a sizable tome that contains the laws of capitalism, yes, Laws
Read more

Just what is a chhota peg?

- July 15, 2013
A chhota peg refers to three objects, one in the public domain, one not, and one in a currently half-dormant, crepuscular state: 1. Object 1 . A 30 ml serving of alcohol, preferably single malt whiskey, and even more preferably, served in units of two (or more) chhota pegs. This definition is circular but entirely reasonable, so we will leave it at that. For more information, see here , and for additional enlightenment, also check out the Patiala peg , which makes no further appearance in this posting. 2. Object 2 . A series of small videos made by me, for the enjoyment of my primary and extended family. Some of these chhota pegs will leak onto my blog in due course. 3. Object 3 . This blog, still half-asleep, still to be born. What will it contain? I don't have a clue. But We Shall Find Out.
Read more

The Improbable Road to Riemann 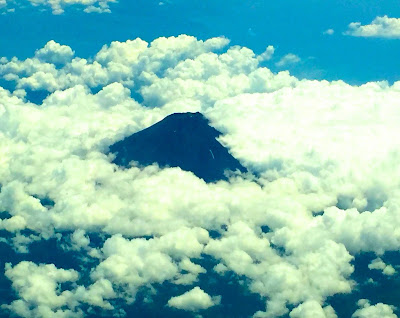 Fuji-san on the approach to Narita airport; Debraj Ray (2017) On June 25, 2021, the Sreenidhi Institute of Science and Technology , located in Hyderabad, released the Report of an "Expert Committee," entitled " Open Reviews of the Proof of the Riemann Hypothesis ." The “proof" referred to an unpublished paper by Professor Kumar Eswaran, which claimed to have settled one of the most distinguished open questions in Mathematics, a conjecture stated by Bernhard Riemann in a classic paper written in 1859. As the Preface to the Report states, Eswaran’s contribution “was lying extant on the Internet for nearly four years and had received thousands of reads and downloads but had not received the assent of a mathematical journal to subject it to a detailed peer review." The Committee sought an open review of Eswaran’s paper from 1,200 “eminent mathematicians and scientists." Based on the reports received by the Committee, and its own deliberations, the Commit
Read more

Welcome to my always-teetering-on-the-edge-of-closure blog. I'm a Professor of Economics at NYU. I try and not write about Economics, but occasionally stray.